I downloaded this app called Duolingo to start learning French at the beginning of this month, just cause. I'm having a bit of difficulty in terms of grammer and/or word choice. I saved a bunch of screenshots of my phone and would really appreciate it if I can get some help. 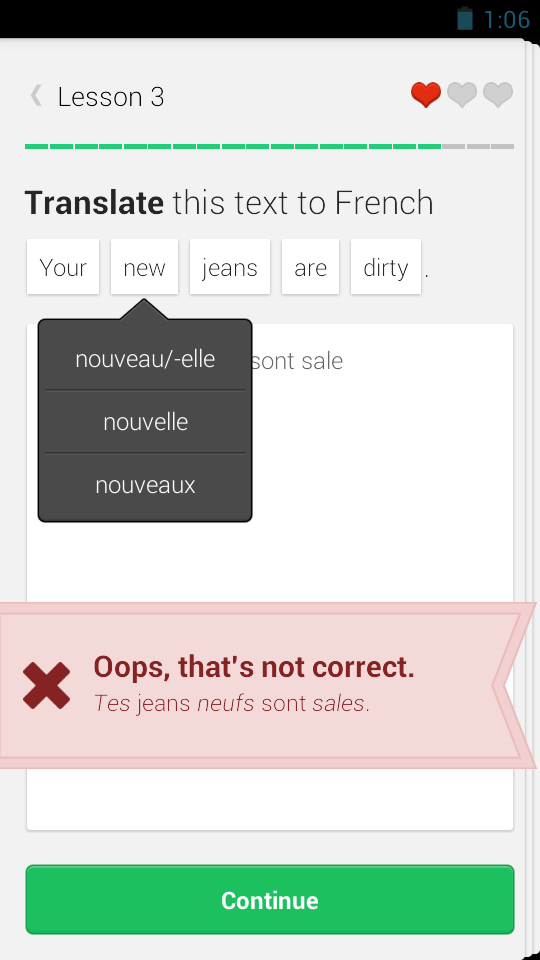 Why can I not use Tes jeans noveau sont sales? 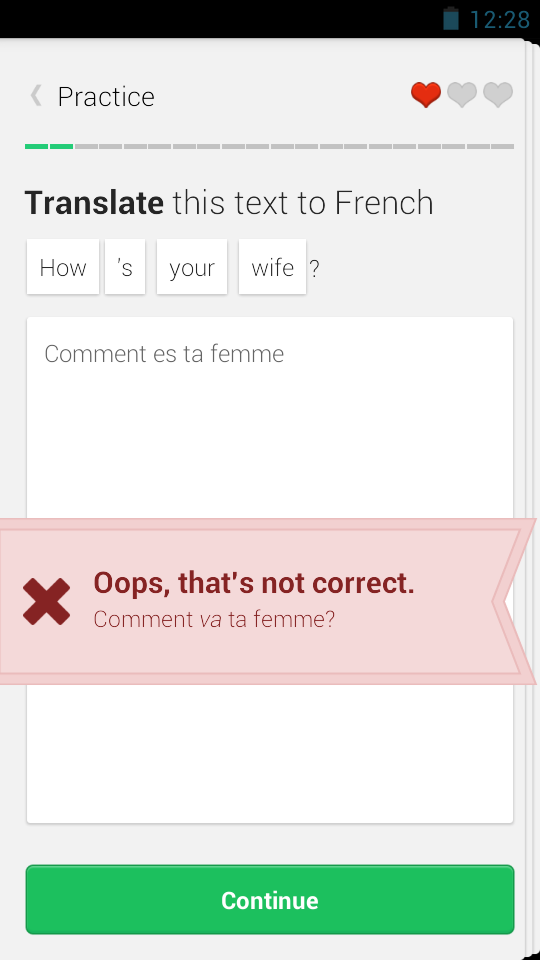 How come I can't use Comment es ta femme? Why is it va? 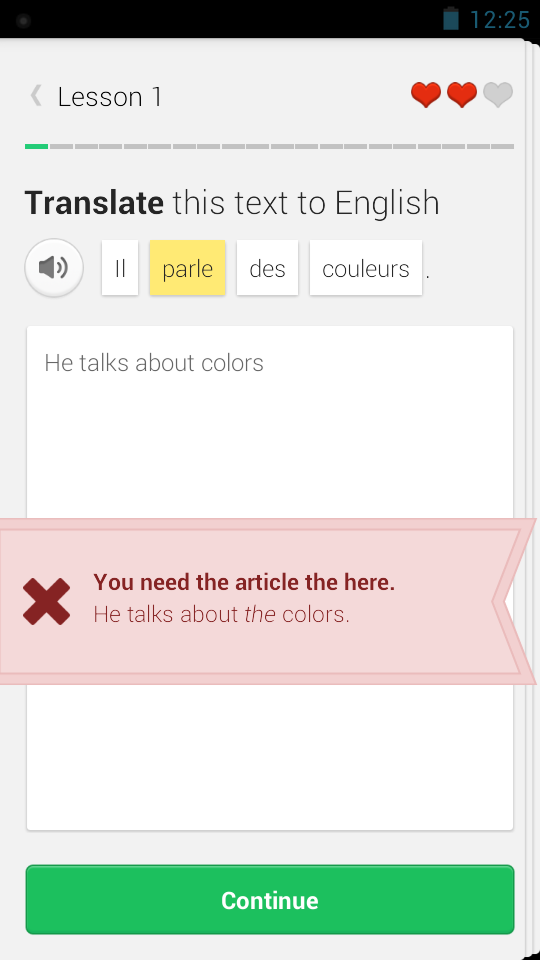 Why can it not be des couleurs or du fromage? I always thought that du/de/des was used when there isn't le/la/les in place? As in, if you don't see "the", then you put du/de/des automatically 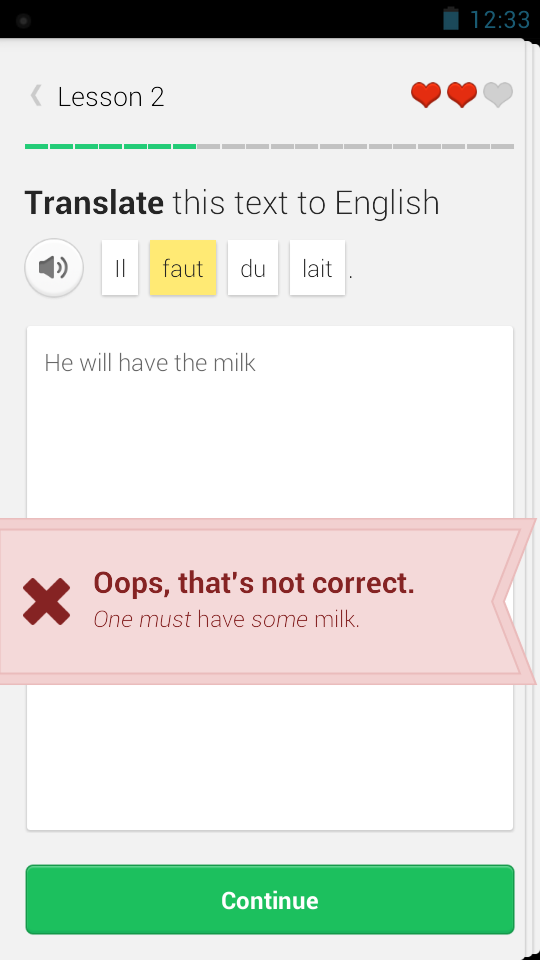 How come it must be One instead of He? I thought Il always referred to He, Elle refers to she? 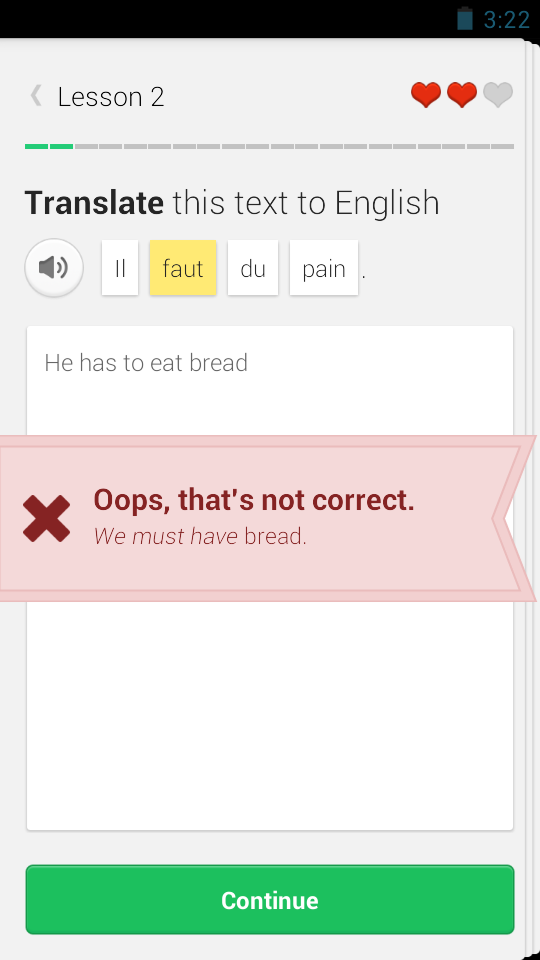 Okay, I'm going to be honest and say I don't know how to use faut. I think in duolingo it said it means "has to" or something like that, which is why I wrote He has to eat bread. Then the correction said that it's "We must have bread". Where did the We come from? Isn't Il he? Why can't I use Elle? I always thought C'est means It is or There is? 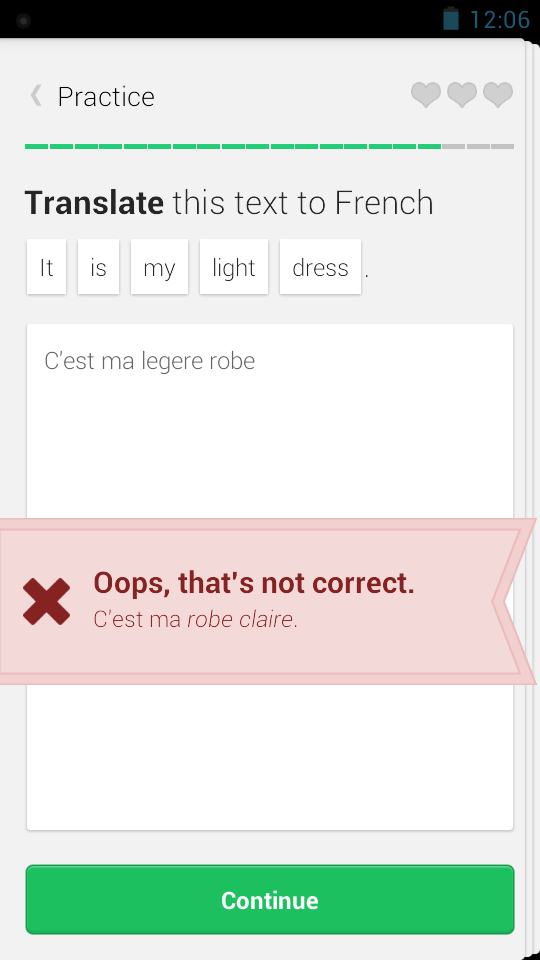 Okay, I looked up claire and it said it means light as well. But why is using legere wrong in this case as both words mean the same thing? Is one used in one scenario and another a different scenario? 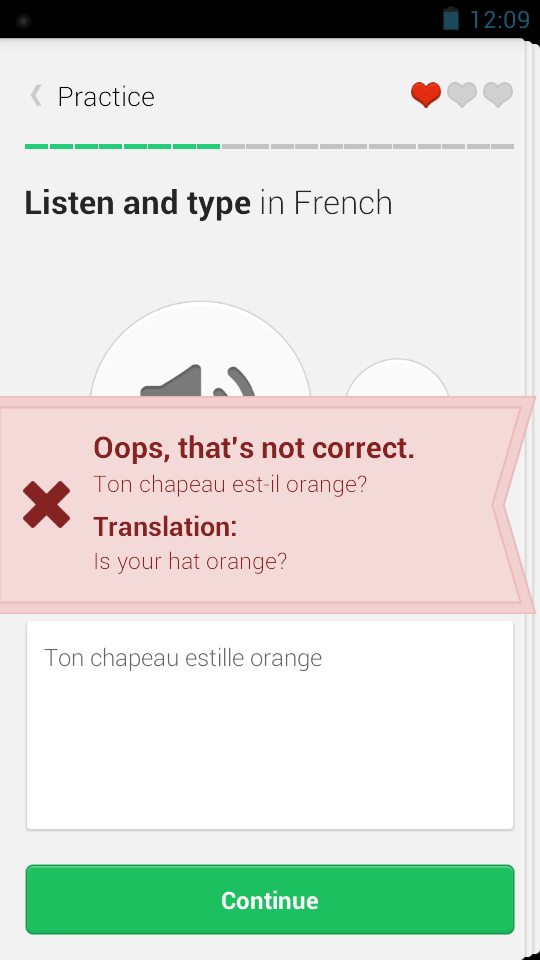 This one is just a general question. I've noticed that in questions, I see a lot of hyphens. How come this is so and how do I structure questions and utilize hyphens?

I do seriously wonder how effective this enterprise is going to be for learning French.

So, just for example:

- in the first example, aside from the choice of "nouveau" vs "neuf" (the latter means "brand new", the first means "new to me", "newly selected" etc), there is a difference in where these adjectives are placed-- the first generally goes before the noun, the second after, and there is the issue that the word "jean" would generally be singular in French to mean "pair of jeans";

- in "il parle des couleurs", a possible meaning of this sentence is actually "He's talking about colours", i..e "colours" in general without "the"

- in your example with "robe", as with the first example to do with the "new jeans", it really depends on what is intended by "light" in English-- "légère" is potentially possible (but it would come after the noun)

So... the overarching answer to your question is that the translations are often wrong or misleading and (at least from your screenshots) don't really explain the most relevant points that these sentences might otherwise illustrate.

I would seriously be tempted to try and find a more effective means of learning the language...!!